Anticipation got the cat

Don't believe the rumors, it was not curiousity, but in fact, anticipation of a good thing that injured the cat. The curiousity might have prompted him to jump up onto the fridge where the treat jar is kept, but anticipation of getting those treats made him knock the thing down, sending shards of pottery skittering across the floor, which led to the masonary poking him in the paws.

The reason for this ramble? Because over 1000 #PitchWarriors await Sep 2 when #PitchWars mentor picks will be anounced. We've tried distracting ourselves with twitter and writing and - oh right - life, but the number two sticks to the back of our minds.

And there are only 5 days left.

Though I'm sure you're questioning the strength of your submissions, attempting to divine mentor's thoughts, and generally making yourself crazy, what you should not be doing - what you should never do - is torture yourself with negativity.

Because that negativity could derail you.

I know you have it, that dream of seeing your name emblazoned across a beautifully illustrated book cover. I have the same dream. I've been coddling it for nearly eight years. I might've let life take priority over writing, over giving into the voices in my head, but the need to create was still in me, buried somewhere deep.

I have been rejected and dejected. Haven't we all? I have neglected my writer's voice but this year resurrected an old story. Why? Because in the two years since I wrote that first AWFUL draft, I had been learning the craft, keeping up with the industry, and finding my niche. I ripped apart what was originally written as a paranormal romance.

Most of the shreds still litter my virtual floor. :) 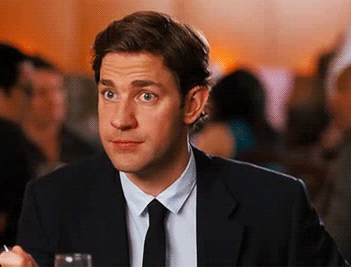 Yes, the new story raised all new doubts - Is urban fantasy dead? Is an indian heroine relatable? Should I choose a less foreign locale? - but I pressed on, I wrote what felt right to me.

And then I sent it into the world.

I imagine we'll all be refreshing our twitter every five seconds this weekend, hoping for updates, biting our nails when another mentor anounces they've picked "the one". On the flip side, don't read into a mentor's silence; the mentors I submitted to are acutally very quiet, hardly posting on the thread. I haven't thought much about it. We all have obligations, and I doubt #PitchWars is their only responsibility.

Guys, you are stronger than you believe. It took courage to submit to the mentors, gumption to interact with them on twitter, faith to trust other #PitchWarriors with your words. Every time you query an agent, submit to an editor, or enter a contest, you will be plagued by doubt, but doubt should not derail you. Don't give into apprehension.

There is yummy goodness inside of each of your manuscripts. If we are not chosen on Wednesday, we should be like the cat: aim to overcome the obstacle and get our yummy goodness out into the world.